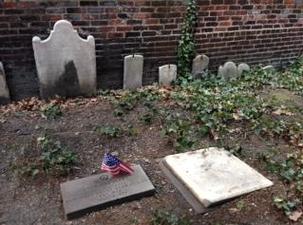 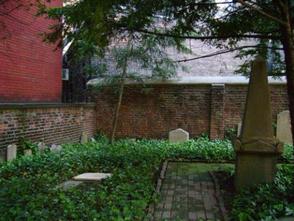 Congregation Shearith Israel and the 1654 Society are embarking on a much-needed preservation project at Shearith Israel's West 11th Street Cemetery, New York City’s second-oldest Jewish gravesite.  Although this unique and historically important cemetery is quite small, this vital project is surprisingly complicated and challenging. Help us preserve this important piece of our nation’s Jewish heritage: donate today.

We are extremely thankful to our early donors and funders for their support:

In Memory of Paul David Finkelstein

In Memory of Richard Finkelstein

Lisa Ader in memory of Irving and Lillian Ader

The Aufzien Family in honor of Rabbi Ira Rohde

​     Marc and Michele Borovoy in memory of Mathew Borovoy

Hana Newcomb and Jonathan Groisser, in honor of the B’nei Mitzvah of Julian, Rose, and Jacob Kaufelt

​    Alan Grossman in honor of Jean and Roger Grossman

Jesse Kornbluth in honor of the Kaufelt Tri-Mitzvah

Sally and John Margolis in honor of Bnai Mitzvot of Julian, Rose and Jacob Kaufelt

​     Steve, Dina, Amanda Solomon and Beverly Marshall in honor of

​     Estate of Fran and Frederic Nathan

​     Chip and Susan Planck in memory of Hilary Planck

Joyce E. Rosen in honor of Myra and Sheldon Rosen and in memory of  Rose Engelman

​     John Russo in memory of Morris and Elizabeth Jacobs

​     Linda Saul-Sena and Mark Sena in memory of Julie Saul

​     Abbie Zuckerman in memory of Phyllis and Murray Zuckerman

Shearith Israel is North America’s oldest Jewish congregation, and has been in New York City for over 360 years, since the days of Peter Stuyvesant’s New Amsterdam.  The 1654 Society is an independent 501(c)(3) non-profit, non-sectarian organization charged with the preservation of the historically significant objects, cemeteries, and synagogue space of Congregation Shearith Israel.

The West 11th Street Cemetery dates back to 1805, and is a national and city landmark rich in historical and cultural significance.  This triangular graveyard reminds the world that Jews have been living in New York City for hundreds of years.  And the stories of those buried within, of revolutionary war veteran Ephraim Hart, noted painter Joshua A. Canter, and others, shed light on the birth of our nation, the history of our city, and the cultural and civic development of the American people.  This graveyard is located at 76 West 11th St, just east of Sixth Avenue, in the heart of Greenwich Village. Learn more about the history of our second cemetery here.

On February 27, 2020, the West 11th Street Cemetery turned 215 years old, and it is in dire need of preservation and repair.  To make matters worse, a car crash in 2019 resulted in serious damage, requiring us to cover and protect the area with a temporary plywood wall. The cemetery walls are unsound, its grave markers are leaning and nearly illegible, and passersby can learn very little about the cemetery when they stop to linger at its gate.  This living piece of history is vanishing before our eyes, and if our renewal efforts are not completed, this cemetery will literally disappear before our great-grandchildren can visit it.

Our dedicated West 11th Street Project Committee, consisting of Shearith Israel professionals, congregants, and concerned and historically oriented neighbors of the cemetery, has been working since early 2013 to get these renewal efforts off the ground.  This tireless group has applied for and received grants, raised early funds, commissioned a structural engineering survey, commissioned a property survey, met with various architects, and hired Rachel Frankel Architecture, a respected architect-conservator team with decades of experience in the preservation of Jewish burial grounds.  Our architectural conservators estimate that repairing, stabilizing, and beautifying the cemetery will cost at least $500,000 and we are aiming to raise more in order to maintain the cemetery and not let it suffer from neglect.

A project of this nature takes patience, perseverance, expertise, and financial resources. At long last, in the Fall of 2020, our restoration project was enthusiastically approved by the Community Board and New York City's Landmarks Preservation Commission and was issued a Certificate of Appropriateness; and construction commenced in the Summer of 2022 with an expected completion date of November 2022.

But our ultimate aspiration is to do more than just preserve this cemetery.  Today, New York's second-oldest Jewish burial ground is not open to the public and lacks educational signage or visitor guidance.  Thus, our committee aims to raise enough to do three things:

3.  Open the cemetery to the public, and guide visitors through educational signage, audio tours, and docent-led tours

To date, our committee has raised over half the funds needed to repair and stabilize the cemetery.  We are counting on you to help us cross the finish line:  Donate below to save the West 11th Street Cemetery and share this treasure with the public.